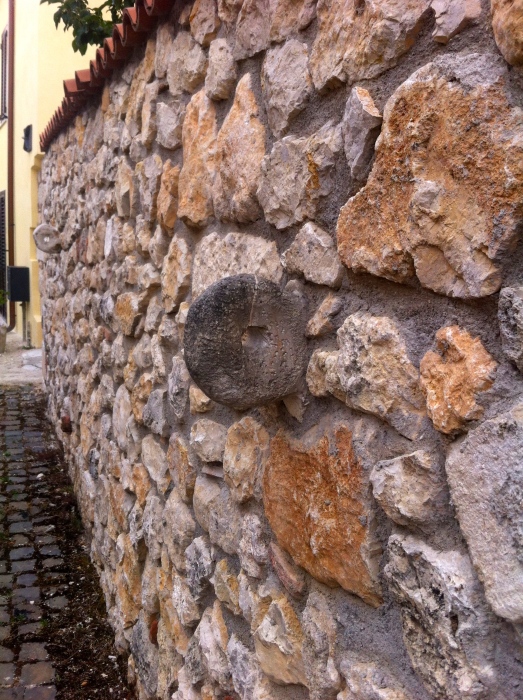 (please note the stone rings on the wall, to tie horses and donkeys)

Pedicciano is a tiny village on the Aterno-valley and belongs to the city Fontecchio, with more interesting monuments and buildings whose pictures you will see in a next post. It is the village of my Aunt Vittoria’s husband, zio Ginetto.

Zio Ginetto’s father tried to get him baptized with the name of Lucifero, just to annoy the priest of the village. The priest, of course, refused. Then he chose to call him Luigi, just like a rich, childless uncle, as everybody was saying that: “Call the kid Luigi, so his uncle will remember him in his will”, and the father just hated everybody minding his business, but in the end complied. 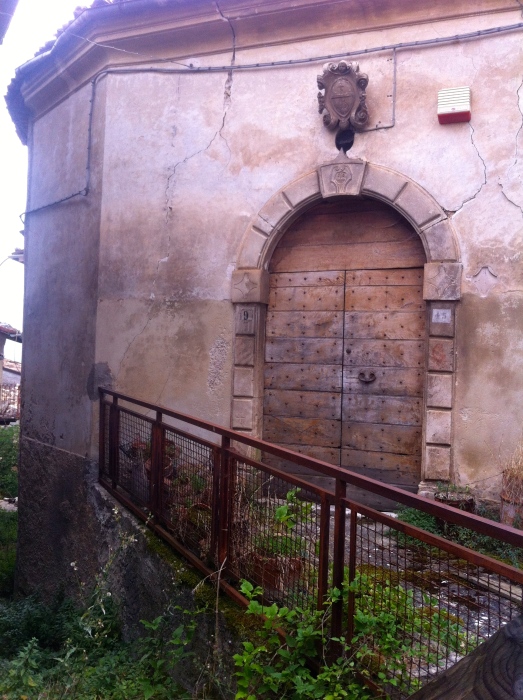 But at the city clerk’s office he could choose a non-saintly name, so he registered his son under the names of Lucifero Luigi. So in the end everybody was calling him Ginetto, and when he grew up, it turned into Don Gino (not because he was a mobster, just because this was the title for anybody owning properties since a few generations, see the coat of arms on top of their door above.)

I have spent many a family-holidays there when I was a child, and I believe I have been there for the last time some 25 years ago, popping by my Auntie’s home on a summer day with my DAF-car and a dog for company. 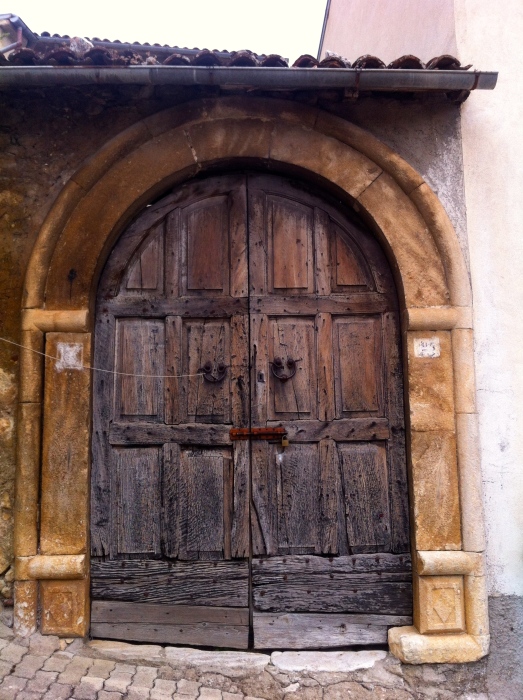 Said dog was put, much to his protests, on the beautiful double terrace I regret I cannot show you, and was barking his disappointment for being left on his own, until my Aunt Antonella called him from the kitchen: “You now shut up” without even raising her voice. 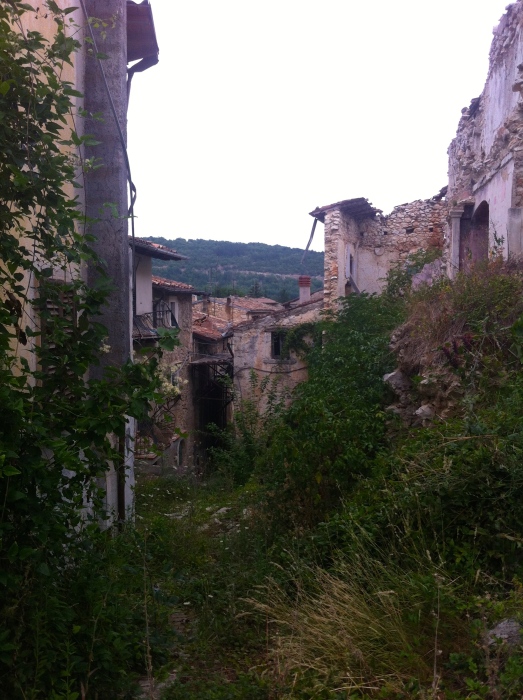 I was so surprised it worked, as I never managed the trick to shut up any of my dogs.

“When I use that tone I can bring to silence 25 kids, you know”, said Antonella, and then I remembered she was a teacher.

Back then I was studying at the Pedagogic Faculty of L’Aquila  and this episode reinforced my belief that I would never, ever, going to be a teacher. How would I keep order in a class of kids if even my dogs ignored my instructions?

(Which somehow proved right and somehow proved wrong in the years to follow, but this is another story. I never became a school-teacher but I started my own language-school and I spent many years teaching adults. And I learned that tone too. But never had dogs since). 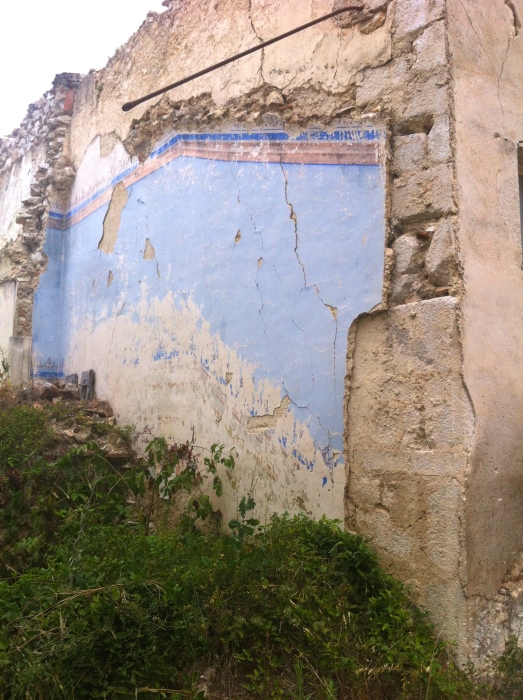 As a kid I used to play a lot in the alleys of Pedicciano, alone or with a bunch of cousins.

I remember a Christmas holiday spent playing bingo in the large, rustic kitchen on the ground floor. We played bingo, which is actually Tombola  only around Christmas and used to cover the called numbers with beans, so every now and then, someone shaking the table would mess with the results and we had to check all called numbers again.

We kids  got bored and after finding a closet full of vintage nightgowns, we dressed up to run on the streets and play hide and seek.

So last week we were driving with a bunch of visiting friends to Fontecchio and on an impulse I took a turn, parked the car and went for a walk with my friend Polly. 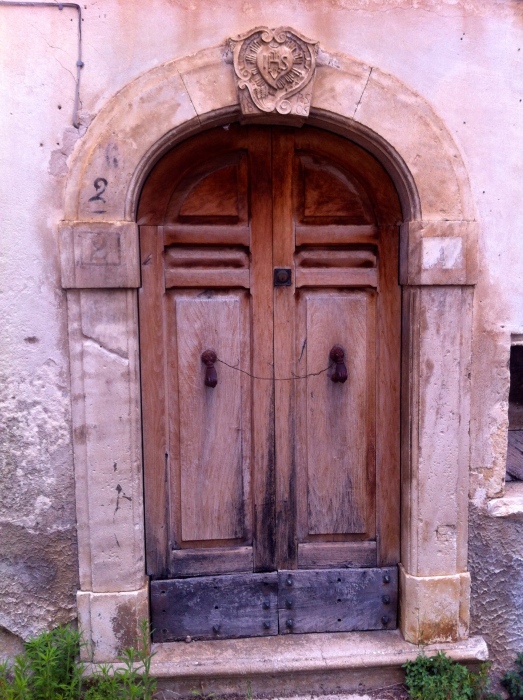 After the earthquake of 2009 all of these villages of my childhood lost a number of indications I used to find my way: towers and houses fell down, streets were blocked, people disappeared. 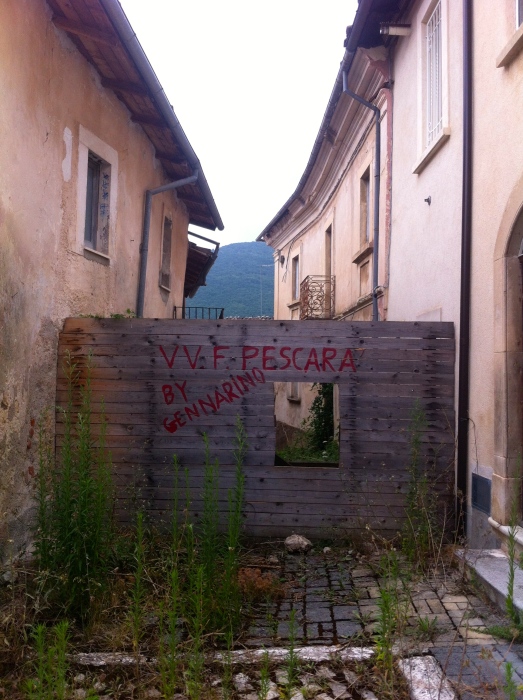 So I called on a lady to ask if she knew how to get to the Consalvi House.

“The grandchild of one of the sisters of Donna Vittoria. I used to come here as a child, but cannot quite recognize the place”.

“Was she the sister from Ofena?”

Which is the sort of thing that never ceases to bring a smile on my face for two reasons.

The first is because we are really a region of clans, and wherever you go you should keep your genealogy ready, to name it and check if you are not, by any chance, related to the stranger you just met.

The second because of all of the nine Silvestrone girls, the one always traveling around, visiting everybody, making new acquaintances with the ease she breathed and always leaving a good impression behind, was my grandmother.

I wonder why I am just the same. 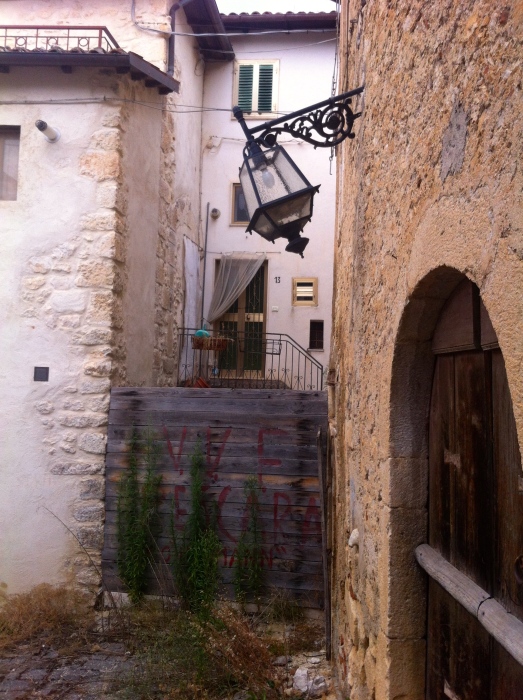 My friend Polly has never been there before and was impressed by the ruins. Sometimes you need to explain that many of the houses were in such a bad shape since much before the earthquake. They were abandoned by all the people emigrating, and the families that moved to the America’s often never came back, and their homes were just left there. With a comb on the dresser, a glass on the table and clothes in the closets. Then one winter it snowed a bit harder, the roofs broke, the walls stayed and in due time you would find trees growing inside the houses. 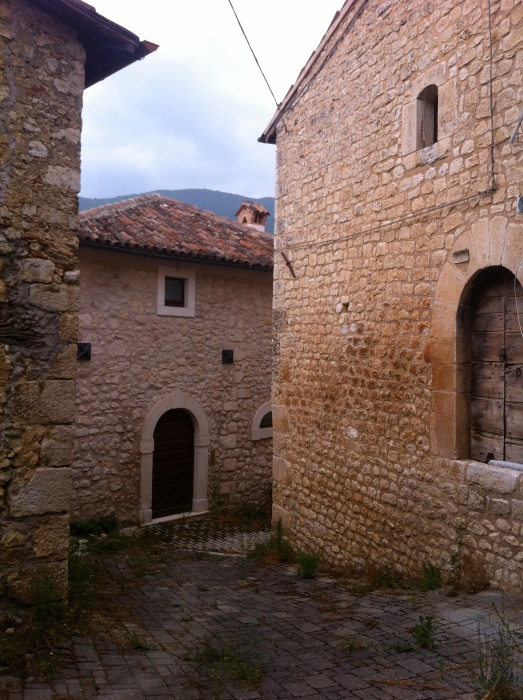 But at the end of our quick walk we noticed some repaired houses that make a nice contrast with the ruins next door. 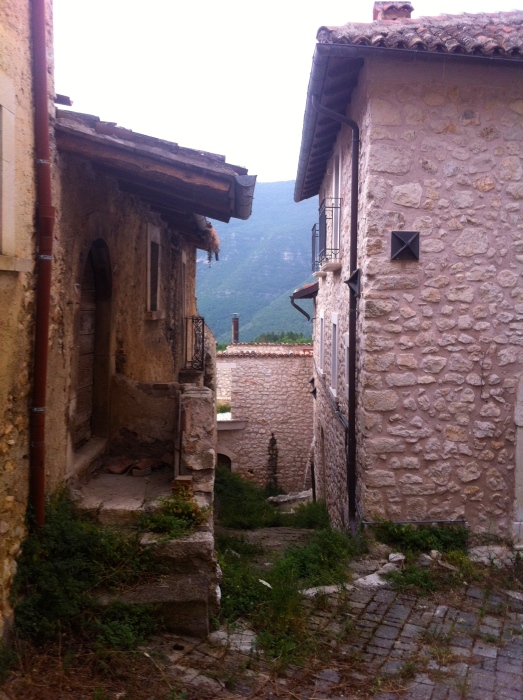 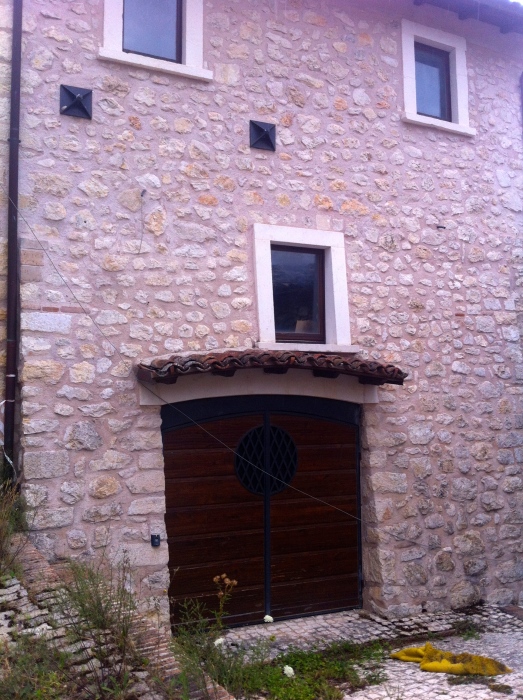 And less trees will get a chance to grow within four walls. 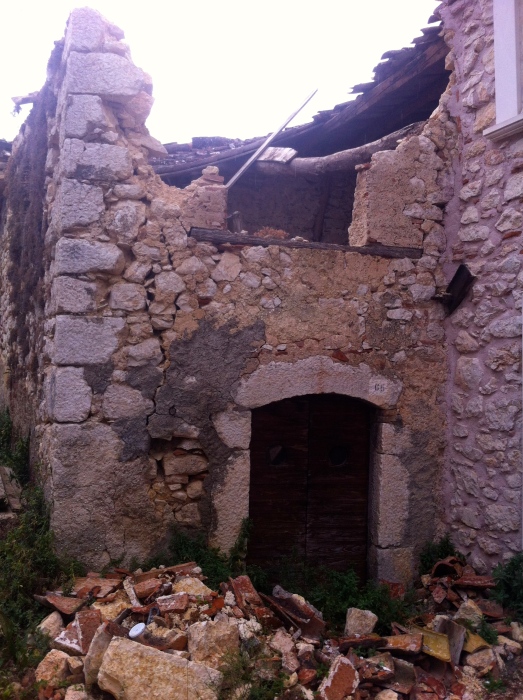